Golf in 2020 is looking really exciting. There is so much going on: the majors; it’s an Olympics year; it’s Ryder Cup year and then there is all the important stuff around my own game and the ongoing development of Babouche! Golf. So here’s my self indulgent list of the 10 golf things to look forward to in 2020 – in no particular order. 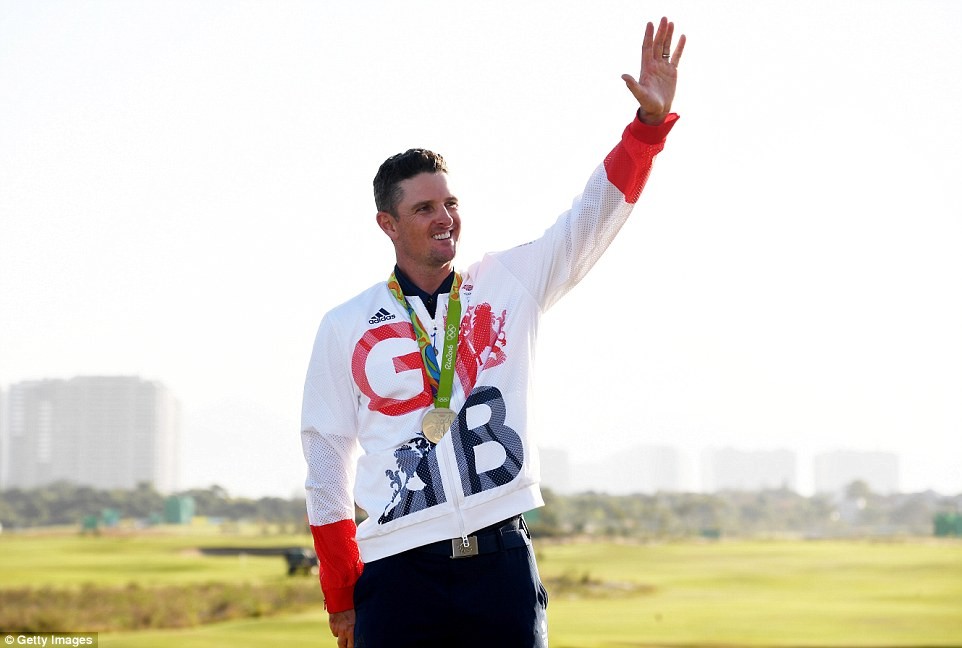 I’m a massive Justin Rose fan, from watching in the grand stand at the 1998 Open when he finished with THAT shot. All through the tough years, the tour triumphs and then, in 2016 he only went and won an Olympic Gold Medal – I have a lifelong love of the Olympics, only surpassed by my love of Chelsea, and Golf. To watch my favourite golfer, win and now go on and defend, a tournament in my favourite sporting event – well, it doesn’t get much better than this.

The second best golf tournament in the world. Every Ryder Cup year is special. Watching Europe defend their title at Whistling Straits in September promises to be another TV spectacular. It’s on my bucket list to be a spectator at a Ryder Cup – maybe Italy in 2022?

The best golf tournament in the world, and I’ve got a ticket! I’m off to Royal St Georges in July, and hoping to stay in the official campsite with some friends. I’ve even already got my 149th Open souvenir cap. #notagolfgeek

That’s sounds really impressive, but it’s not @europeantour sanctioned event. I’m a member of @forebusiness – the world’s biggest golf and business networking community. In May 2019 I drove up to Scotland and played in their Scottish Open @MonifiethLinks – I was the 1st to tee off and led the leaderboard from the 1st hole onwards. It’s only right that I travel back to this amazing golf course and try and defend my title. But I doubt that I can have that perfect a round twice – can I?

The British Golf Show at Wycombe Air Park in May promises to be even better than the 1st one, in 2019. I’m planning on exhibiting Babouche! Golf at the show. Last year I turned up with just a bag of drivers, each with one of my beautiful hand crafted moroccan leather head covers. The show was a success for me then, and there’s no reason why it shouldn’t be an event bigger success, now that the product range has grown to now include the swing alignment towel, the beautiful patterned golf towels, and some exciting new products, more about those later…

In 2019 I sponsored Matt Williams as he attempts to make a name for himself as a tour pro. It’s a great way of putting something back in to the game, and getting a unique insight in to a different part of the game. It’s something I would recommend to anyone who loves golf, and it’s not that expensive. Matt offers sponsorship opportunities from just £85. He’s a great guy, and an even better golfer – though I did manage to beat him when he came up to East Berks GC for a game in October!

I already have 2 two trips planned. Off to Spain in March with some friends to play 4 courses down around Murcia – check out CostaBlancaGolfCourses.com. I’m also off to Monifieth in Scotland in May (see point 4) and will also be playing Panmure, Carnoustie and Montrose – should be a great week of golf for not very much money at all. I’m also planning to get out to El Plantio with my golf coach Peter Hudson at some stage for more work on my game.

I’ve been a member at East Berkshire GC for just over a year. I really enjoyed my 1st summer of club golf after years of being a golf nomad. I played 6 or 7 matches (unbeaten) for the B Team and we won the league. I’m looking forward to another year of club golf and being able to play in the summer knockouts this year. My personal target is to drop my handicap from 8.4 to 6 and now that I qualify for some senior events (55 and over) I’m going to try and get my name on the Honours Boards.

It goes without saying. New products, new sales channels, new audiences. 2020 is going to be tremendous, huge, ginormous.
Whatever you get up to in golf in 2020 I hope you enjoy it as much as I plan to do so.

Why use a Bamboo Golf tee?

We love to chat about everything to do with golf. Available M-F 9am-5pm GMT.

Drop us a line anytime and we’ll get back to you within 24 hours.

Need an instant response? Hit us with your best question 24/7